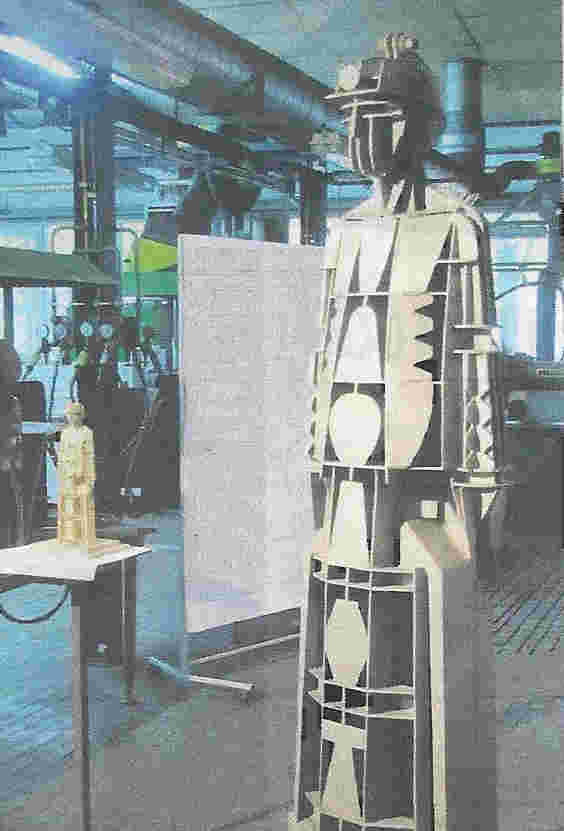 John's steel sculpture to be focal of German town

A Sculpture designed by a Tyneside artist is set to become a gateway feature at a new housing development in Germany. John O'Rourke, of Whitley Bay, was asked to create a piece for the Halde development, in Oer-Erkenschwick - a Town twinned with North Tyneside.

The 55-year old researched the history of the town and found out it had strong links with the mining industry. He then prepared designs for a 6ft 7in steel sculpture of a miner. The piece was fabricated at a factory in Germany and has now been presented to the mayor of Oer-Erkenschwick. Achim Menge. Once work on the housing development is complet, the sculpture will be installed at a prominent position leading up to the new homes. Mr O'Rourke, who also teaches fine art at TyneMet College, said: "All of Oer-Erkenschwick's twin towns were invited to produce designs and I was asked to represent North Tyneside". "I found out that Oer-Erkenschwick had a history of mining. There was a gigantic pit heap where the new development will be and a large percentage of the people would have been employed by the mine." Mr O'Rourke first made a precise one-fifth scale model as well as elevations and a scale plan drawing for each of the work's 200 components. The sculpture ,titled Indweller, was then fabricated by engineers and apprentices from Auguste Victoria, in the German town of Marl, the only remaining operational mine in the region. It will be primed with iron oxide and painted in an industrial grey colour similar to pit heads in the area. The piece is expected to be installed at the site next year. Mr O'Rourke added: "It's great to know my work is being recognised and will be seen at the gateway of the development.